Read more about advanced Personas® identities in our whitepaper here.

Octopus.sh was designed from day one to be completely secure, private & anonymous. Rather than a single large encrypted database on a server, Octopus distributes data across millions of anonymous, private, "data islands", cryptographic digital repositories - called 'Vaults’.

Vaults linked together form the VaultChain®. This technology ensures only data owners can add, change, archive, revoke or delete their data - unless access is granted to another Vault in the chain.

Our technology is built on the idea that a user should trust the person authoring the personal data - not just the data itself (nor any block that holds it).

Our Vaults are distributed for security & anonymity and then federated for access, to enable complete data ownership, ensuring no company, agency or analytics organisation can ever access private data without data owner permission.

A Vault can store any form of data, and the owner is free to publish cryptographically signed sets of data called Artefacts® from their Vault, either to the public at large or other specific Vaults. These shared relationships between Vaults form the VaultChain

Read more about the Octopus.sh platform in our white paper here.

Read more about the VaultChain network in our white paper here 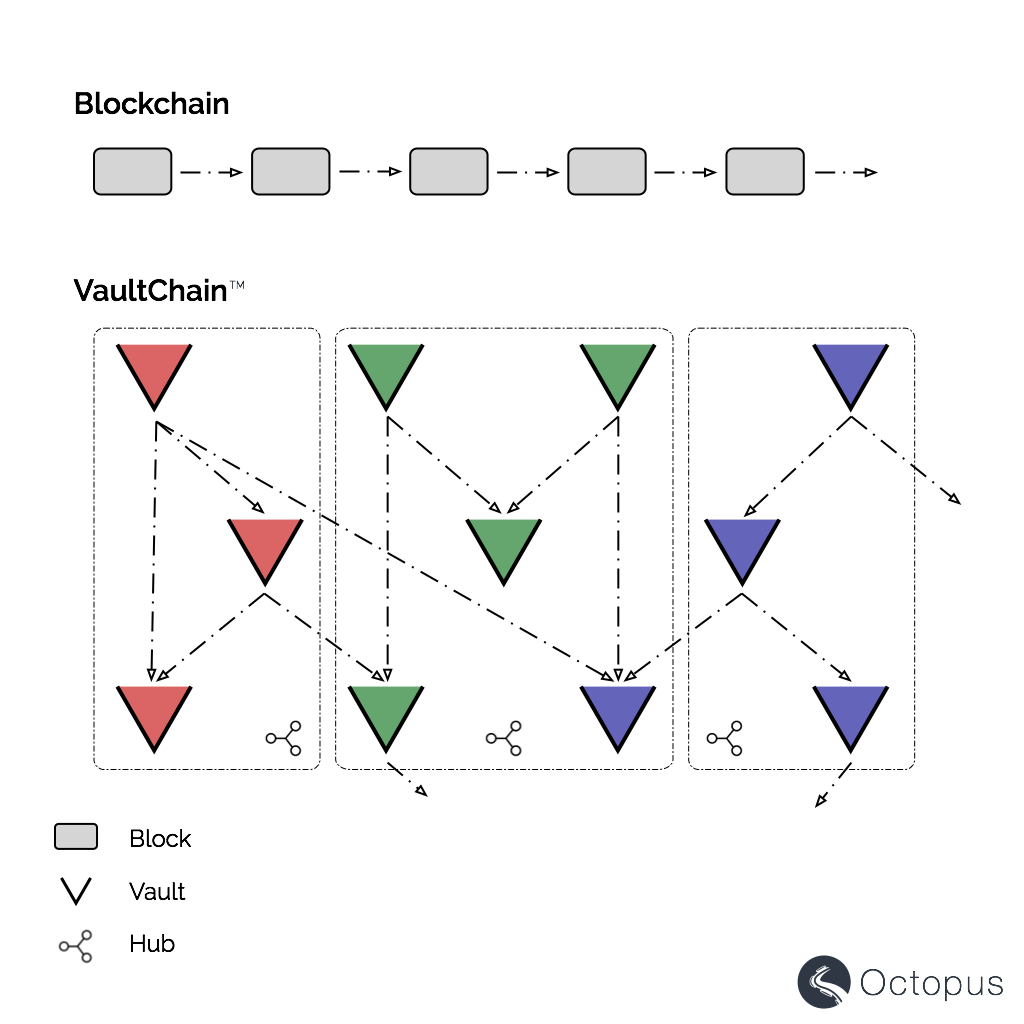 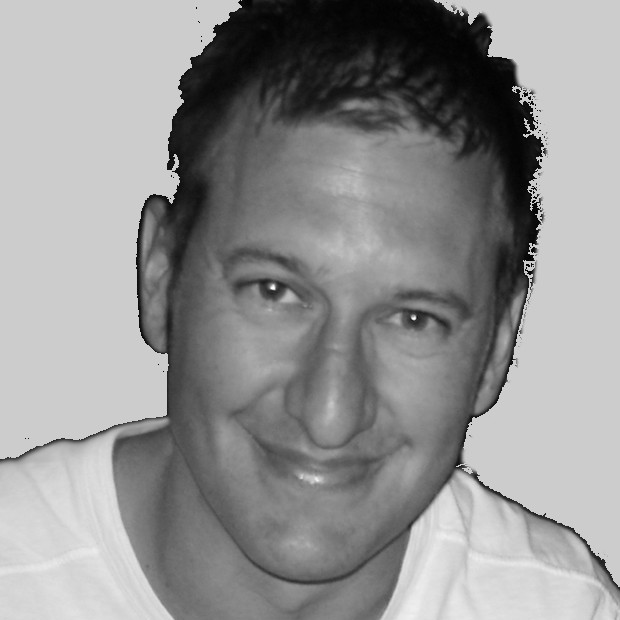 He’s launched cutting-edge digital identity products for Experian, Barclays, Sky and iTV, his case studies taught at Harvard, Ivey and Copenhagen business schools and has been published in Wired, HDVideoPro and the FT. 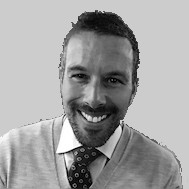 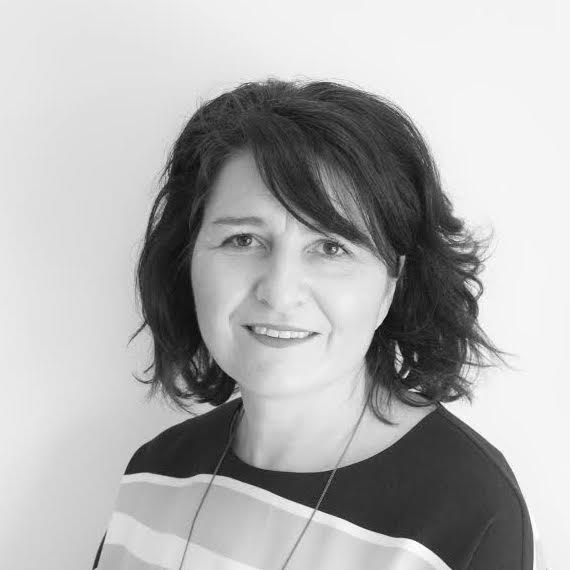 A qualified Chartered Accountant, for 25+ years Rondi has provided strategic operational guidance for a diverse range of manufacturing and service enterprises.

As Group MD Rondi joined Henkel’s Board of Directors and was responsible for IT function in 6 EU countries.

Rondi has led numerous ERP implementations, supply chain and warehouse consolidations & inventory optimisation programmes in the US and UK. 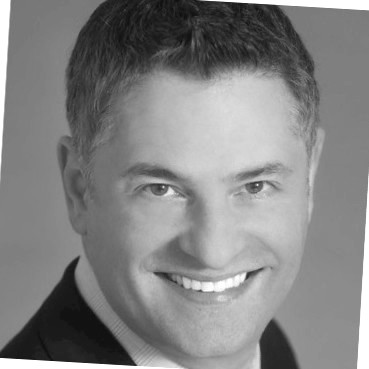 Marco is a seasoned financial professional with 25 years of banking and investment experience at top firms UBS and Brookfield Asset Management.

At Gartner he advised executive management teams on go-to-market strategies' for both brand-name and early-stage Silicon Valley tech firms.

Evolution from account to atomic to decentralised P2P trust

In the near future, Octopus Hubs will unify and redefine these detached, siloed systems as enterprise and customers build their own feature-rich hub to freely share digital Artefacts via the Personas they connect with. This will give both parties complete complaint control of their data at a field level, allowing customers to manage what and how much the enterprise can interact with them.

Enterprises can finally create a true one-to-one connection with customers - and people finally have a reason to make social relationships with all the companies and brands they value. 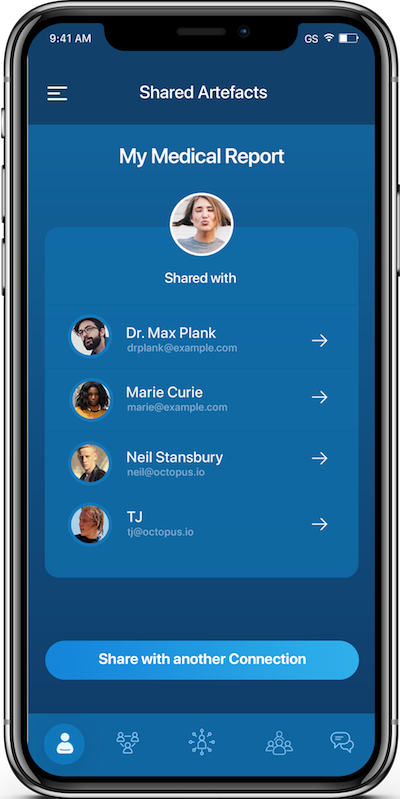 Learn about our unique platform features which are helping Enterprise reduce identity management costs and build trust with every single stakeholder.

VaultChain: A Self Sovereign Network

Discover all the unique ways Personas can be leveraged to build trust - and why they're essential for true self sovereign identity.

An Investor's Story: "The Identity Crisis"

See how our unique technology can help Enterprise manage a medical chain of custody.

What is Self-Sovereign Identity?
Self Sovereign gives identity ownership back to all customers, employees and other users. Everyone owns, stores manages their digitally signed identity and attestation claims in their own Exchange Hub - and only they can control how their data is shared. SSID allows Enterprise to (consensually) manage decentralised user identities, preferences, and profiles across multiple digital channels devices
What are the benefits to Enterprise using Decentralised Identity like Octopus.sh?
Benefits to Enterprise include:
What are the benefits to data owners using Decentralised Identity like Octopus.sh?
Benefits to data owners include:
What is an Octopus Hub?
A Hub is your personal data ecosystem letting you build social communities whilst retaining your privacy. It contains your Vaults, each of your unique Personas, digital Artefacts, Connections, Activity streams (messages, chats) and Archive.
Why do I need an Octopus Hub?
Your Hubs are for sharing your private data securely - so you'll use them in all aspects of your life. Chat with your friends in real time, share private photos, store your ID, manage your passwords, secure your cryptocurrency, make a conference call with work colleagues, send bank details to your spouse, archive important home ownership files, update gym membership details, grow your Connections and store then share your medical details with your doctor - right in their office. As your communities grows, the reasons to use your Hubs grows too.
What is a Persona®?
A Persona is a unique identity you use to connect with specific types of relationship you have online. They allow you to securely segment your social groups. A family Persona® for close ones, a career Persona for work, a social Persona for friends. Any type of Persona for every type of relationship. You can read more about Personas in the whitepaper here.
Why would I need a Persona?
Currently people use multiple messengers, photo-sharing apps, password managers and social media sites to interact with friends, family and work colleagues. The experience is fragmented, your data isn't managed properly and many of these companies access, harvest and sell on your data from the account you have with them.

Most are very are poor at keeping your private data segmented away from certain relationships. We don't want our private family photos shared with work colleagues nor workmate Connections pooled in with our close friends. Octopus Personas ensure only the right people get to see the right private data - down to a field level.
Do I need to build a big social network to use Octopus?
No. Although we offer social features to enhance your social community experience, you can just use Octopus to easily store and manage your private data. We focus on the data you want to keep - not the throw away stuff. Bank details, photos, passwords, personal files and all other important documents are converted into legal digital Artefacts for you to keep & reuse when needed. And it's much more convenient and secure than a dusty cabinet or spreadsheet tucked away in an email folder.
What are digital Artefacts®?
An "Artefact" is a cryptographically signed and/or digitally encrypted set of data that represents some aspect of you or your life. Artefacts are automatically created from Octopus users private data. This includes personal docs, ID, deeds, medical, banking details, contracts, certifications, media, photos, legal docs. Users can also consolidate multiple sources of private data into a single Artefact (e.g deed, mortgage, survey = Home). Your artefacts and the data they describe can be shared via your connected Personas.
Why don't you use Blockchain?
For a number of reasons (see the Technology section), but three major ones. Firstly Blockchain is designed as a public transaction ledger, we don't want our customers private data held in public – and we're guessing you don't either. Secondly, once an entry is created inside a Block, it can't ever be deleted, removing any possibility of data being revoked or forgotten. Thirdly, Blockchain transactions have potential privacy & anonymity issues that were unacceptable to us. This is why we invented the 'VaultChain'.
How secure and anonymous are you really?
It is mathematically impossible for us to know who owns which Vault, where that Vault is in the system, or what data a Vault might or might not contain.

Information about the Hubs that any Vault is a member of are only stored inside the encrypted Vault itself.

Every field of data in your Vault is randomly padded and then encrypted with unique cryptographic keys eg. Your First Name is encrypted with different keys to your Last Name. We never have access to any private keys or unencrypted data – ever.

In short, we don't know who you are, what you store, or what you share, and it is impossible for us intentionally or unintentionally to discover that information.
What session related data do you store about me, my Vaults or my Hubs?
None - ever. We do not track you, your access to, or your requests in anyway (nor can we). We set no HTTP cookies or 'SuperCookies', ever, for any reason. We track IP addresses only for the purpose of mitigating DDoS attacks, and an IP address can never tracked back to any specific Vault or Hub. The only access related data stored by the servers are the 'last-modified' timestamp of the encrypted 'Storage Objects' in each Vault.
What 3rd parties do you use, or share data with?
No-one. We implement no advertising, ad-tracking or analytics, we use no UUID query strings in requests, we use no 3rd party JavaScript frameworks, and all the cryptography is handled in-browser by native W3C Web Crypto APIs.
Can I use Octopus across multiple devices?
Yes. Octopus can be used on all your devices at the same time. All updates to your Personas, Artefacts, Connections and other private data including chats, messages and photos are accessible on your phone, laptop, tablet and desktop in real time. There's no need to sync any apps, devices or vaults.

Build unique Personas®, identities that lets everyone be who they want to be

Connect a Persona with customers, friends and organisation in both private and public networks